The World’s Most Successful Entrepreneur (That No-One Knows About) 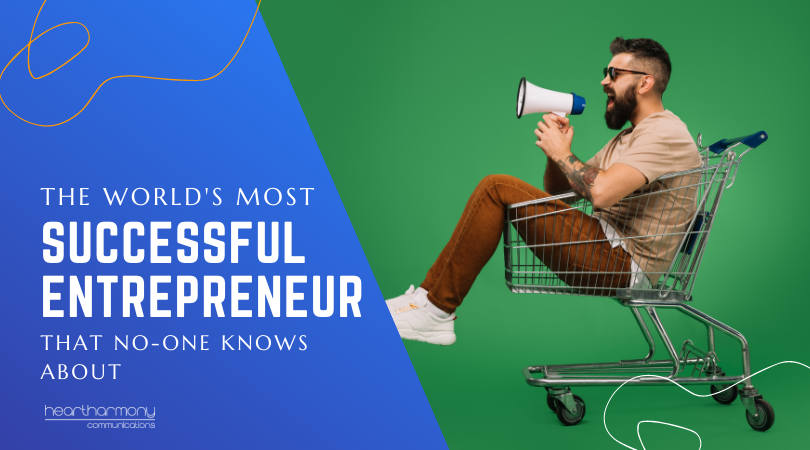 Forget Steve Jobs. The entrepreneur that most changed consumer behaviour is a relative unknown – even though you use his invention daily.

Shopping is my least favourite contact sport. I always manage to get the shopping trolley with the wonky and have a knack of picking the time of day when hordes of kids descend on the store and use the aisles as a roller derby.

The trouble is that the humble trolley and the inventor is one of my all-time favourite entrepreneurial stories.

It has everything in it: Innovation; bouncing back from failures; creativity; psychology; marketing skills and a huge dose of cheekiness.

Sylvan Goldman owned the Humpty Dumpty chain of five supermarkets in Oklahoma City in the 1930’s. Concerned with dwindling sales, he spent a lot of time watching the customers in his store, trying to work out how to get them to buy more.

At the time, the only option when people shopped was to carry a cane basket for their groceries. When the baskets became full, they also became heavy, which meant people headed for the checkout. The amount people spent was limited by how much they could carry.

He tried hiring employees to collect full baskets from people and take them to the register, handing the customer an empty one to continue shopping. This quickly turned into a logistical nightmare, and he soon abandoned the idea.

Late one night in his office, Goldman was sitting staring idly at some folding chairs against the wall.

He then had a brainwave. What if he put a basket on the seat and wheels on the legs?

He called in one of his employees, Fred Young, who also worked as a local handyman.

Using the folding chair design, they created the first shopping trolley prototype. It had a metal frame and two wire baskets – one on top of the other.

The baskets could then be removed and the trolleys folded flat to take up less space once they were finished being used by customers.

Goldman took the concept to another handyman to work out how to mass-produce the new invention.

He launched his new invention with great fanfare and hope.

His first ran with the tagline “It’s new. It’s sensational. No more baskets to carry,” next to a photo of a woman struggling with a full basket.

And people ignored it in droves. 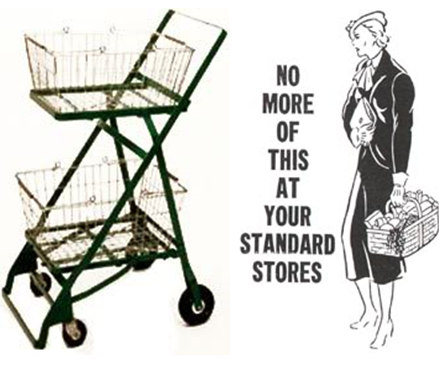 Men were worried it made them look less of a man – and felt it suggested they were not strong enough to carry a basket.

Women thought it looked too much like a baby carriage (and they were over pushing babies around).

Elderly people were torn. Some worried that it made them look feeble, while others embraced the idea with joy.

Goldman also tried selling the concept to other retailers, who were worried that feral children would grab them and then knock into people and displays, knocking them flying. (Give those retailers a gold star: Those fears came to pass).

Going back to the drawing board Goldman thought for many a long night on how to get people to use the trolleys.

He was a bit of an amateur psychologist, so his solutions tapped into and addressed the common fears that stopped people from using his trolleys.

This time it worked. It didn’t just work, it was a barnstorming success.

It was patented on April 9, 1940 as a “Folding basket carriage for self-service stores.”

Soon the folding basket carriers were so popular there was a seven-year wait for manufacture. The royalties from the patent made Mr Goldman a multi-millionaire.

Disruptive Technology (That is Battery Free)

One of the unforeseen changes was that the new-fangled shopping trolleys disrupted the design of stores, with new stores needing to be built with wider aisles and longer checkouts to process all the extra groceries going through.

The trolley revolutionised retail and transformed how people live and shop.

Over the years, the shopping trolley baskets got bigger. A new invention created fixed baskets that telescoped into each other. This became the subject of substantial patent and licensing wars between Goldman and Orla E. Watson (the inventor).

Later years saw the addition of child seats, branded cart handles and magnetic wheel locks to stop people taking the trolleys out of the carpark.

Everything Old Is New Again

In recent times, we have seen modern day supermarkets going back to the basics.

While massive trolleys are great for large shopping trips, until recently people only had the choice of the behemoth trolleys or a small plastic basket. Supermarkets have now introduced a range of smaller trolleys and baskets on wheels that bridge the gap, and once again people have taken to them in droves and the average basket sale has increased as a result.

Ten years after his death, the shopping trolley was turned into an icon and the image is now used across every digital website selling products on the net.

“A great idea by itself won’t make you money. People must want and use your idea.”

Like this backstory? Check out our backstory to Scrooge and Rudolph in the Copywriters Who Saved Christmas.

What Can You Learn From The Humble Shopping Trolley? 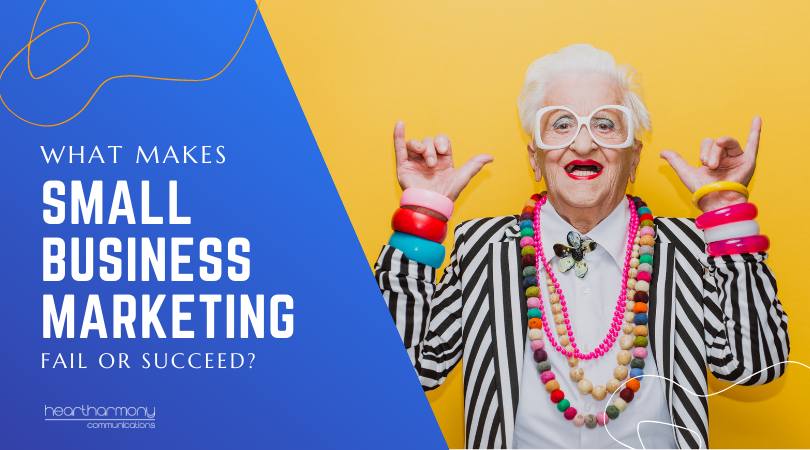 If you have ever launched a small business marketing promotion and the only thing that you hear is the tick of the office clock heralding the...

END_OF_DOCUMENT_TOKEN_TO_BE_REPLACED 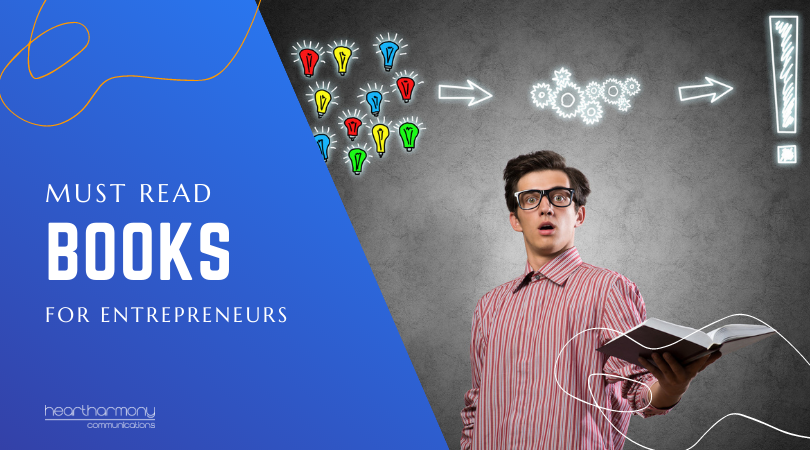 Must Read Books for Entrepreneurs

Looking for inspiration or ways to build your business skills? You can't beat a great book! These must-read books for entrepreneurs will help you...

END_OF_DOCUMENT_TOKEN_TO_BE_REPLACED 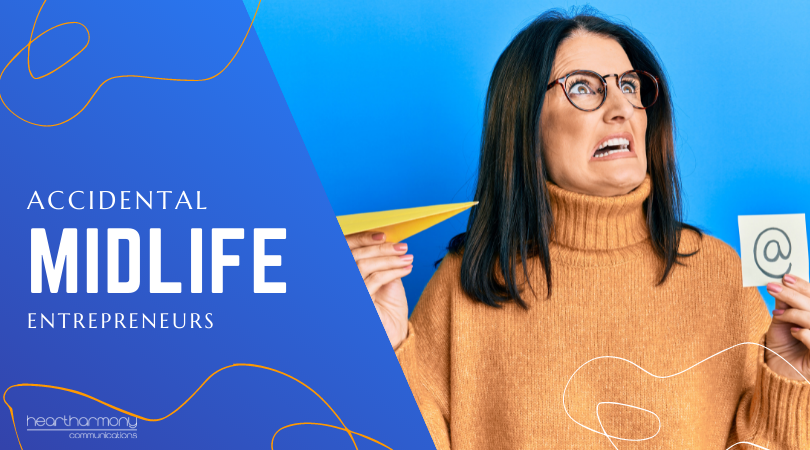 Midlife entrepreneurs make up 59.4% of all Australian small business owners, yet little research has been done on their challenges. Until now!Have...