One summer Christmas holiday, when I was as thin as spaghetti and a head taller than every other girl in my primary school, I was given a Tether Tennis set. Imagine a green metal stake about the height of the average teenager. At the top of the stake was a thick metal coil to which was clipped a long nylon string attached to a tennis ball.

The object of the game was to hit the ball backwards and forwards around the stake using plastic paddles. You could play against an opponent, but I preferred to play solo (mainly because my brother was much better than I was and was not interested in playing with his bratty little sister).

My first attempts at hitting the ball saw the nylon string repeatedly attempt to kill me – wrapping itself around and around my neck – ending with a solid bop on the nose by the tennis ball when the string ran out.

My neck was raw and bleeding by the time I figured I needed to take half a step back from the pole.

Then followed days of hitting the string instead of the ball.

When you hit the string, it gives a very apologetic slapping sound and then the ball wobbles off into a drunken circuit.

If I did hit the ball, it either tried to turn into a rocket and head for the moon, or turn into lightning and aim for the nearest ground. 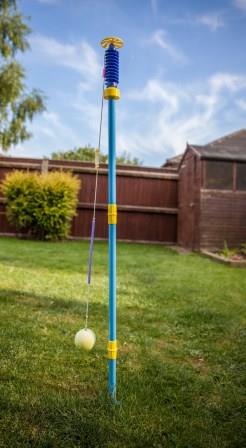 Every now and again … out of the blue … I would manage a clean thwack.

Those were the moments I lived for.

Feeling a solid connection with the ball and watching it sailing confidently past my eyes on a nice even line was a thing of beauty.

But thwacks were few and far between. Mostly it was apologetic wobbles and moon orbits.

I headed out onto the dew tipped grass in my nightie straight after breakfast each morning, just to see if sleeping on it had made me any better. It hadn’t.

I practiced for hours every afternoon as the shadows lengthened into dusk and the mosquitoes started their nightly blood collection.

I could easily and smoothly hit any ball and know with certainty it was going to fly in a nice solid circle.

Over time it took much less effort to hit the ball – I was no longer running around or over-reaching – I just stood my ground and barely lifted a finger to get the same strong results.

If you asked me how – I couldn’t tell you in words. I just know that over thousands and thousands of repetitions I learned how to adjust my bat so it hit the ball straight and true and was not on an angle. I learned the timing so I could tell to the split second the exact moment when to start my swing. And I learned how to judge the distance from the bat to the ball so that it always hit I the sweet spot.

Each improvement was a tiny micro habit repeated until it became second nature – without forethought or planning. It just happened.

… I swapped my paddles for tennis rackets and the nylon string tried to kill me again.

Marketing Your Small Business is Like Playing Tether Tennis

Marketing your small business is a lot like playing Tether Tennis. You start with a lovely shiny new business and have zero idea what you are doing.

You start blindly attempting to whack marketing balls out of the park, only to face painful disasters, wobbly results, and weird outcomes.

With luck and practice, you begin to connect solidly with your clients, developing increased consistency and getting stronger results with less effort.

Each improvement comes from trying tiny tweaks and observing the result, then trying to repeat or adjust the tweak.

And then you try something totally different, and you are back to square one and need to start a new round of tiny tweaks.

Rarely can you put your finger on the “one thing” that made all the difference. It is the hundreds of tiny tweaks that add up to success.

Hundreds of tiny tweaks doesn’t make for a great “Just do this one thing and all your troubles will be solved” story.

It isn’t glamorous and it isn’t easy. It is just rinse, repeat and adjust. 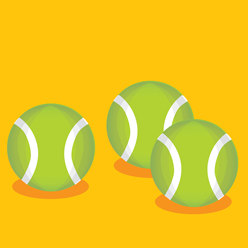 My business is a classic case in point. Here are just some of the many tiny marketing tweaks I have implemented in 2015 for my business (… and before you think we have a huge team behind us, these were all done by one person squeezed in between a full workload).

Some worked, some sort of worked and some … well let’s just say memories of hitting the string were strong.

Did any one thing knock it out of the park? Hell no – but little teeny tiny things add up.

What Can You Take Away From This?

You can’t do everything all at once. Even I get tired just looking at this list! But each of these were done one tiny piece at a time … One day at a time.

The trick is to remember the tennis ball and the Tether Tennis, and just keep stepping up to have a go even if the results are less than fabulous initially.

Don’t give up. Keep hitting those balls – the good ones, the average ones and the dodgy ones and you will end up with more hits than misses. 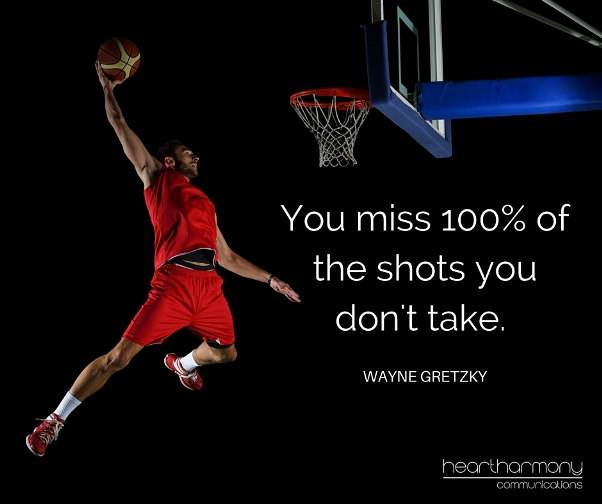 Ingrid Moyle (BA - Psych/Industrial Relations) is the Chief Web Wizard at Heart Harmony Communications. A self-confessed multipotentialite, Ingrid shamelessly blends her passions of human resources, psychology, web design and copywriting. When not hardwired to her computer, she quests for the perfect coffee while chasing virtual reality creatures across the backstreets of Brisbane.

FREE:How to Get (and Give) Amazing Testimonials

Please check your inbox for a confirmation email